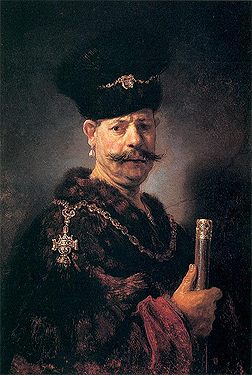 To try out mpc we're going to implement a simple grammar that resembles a mathematical subset of our Lisp. It's called Polish Notation and is a notation for arithmetic where the operator comes before the operands.

We need to work out a grammar which describes this notation. We can begin by describing it textually and then later formalise our thoughts.

We should be able to encode most of the above rules using things we know already, but Number and Program might pose some trouble. They contain a couple of constructs we've not learnt how to express yet. We don't know how to express the start or the end of input, optional characters, or range of characters.

These are all the regular expression rules we need for now. Whole books have been written on learning regular expressions. For the curious much more information can be found online or from these sources. We will be using them in later chapters, so some basic knowledge will be required, but you won't need to master them for now.

Before we work on writing this grammar we first need to include the mpc headers, and then link to the mpc library, just as we did for editline on Linux and Mac. Starting with your code from chapter 4, you can rename the file to parsing.c and download mpc.h and mpc.c from the mpc repo. Put these in the same directory as your source file.

To include mpc put #include "mpc.h" at the top of the file. To link to mpc put mpc.c directly into the compile command. On Linux you will also have to link to the maths library by adding the flag -lm.

On Linux and Mac

There are actually two ways to include files in C. One is using angular brackets <> as we've seen so far, and the other is with quotation marks "".

The only difference between the two is that using angular brackets searches the system locations for headers first, while quotation marks searches the current directory first. Because of this system headers such as <stdio.h> are typically put in angular brackets, while local headers such as "mpc.h" are typically put in quotation marks.

Formalising the above rules further, and using some regular expressions, we can write a final grammar for the language of polish notation as follows. Read the below code and verify that it matches what we had written textually, and our ideas of polish notation.

We need to add this to the interactive prompt we started on in chapter 4. Put this code right at the beginning of the main function before we print the Version and Exit information. At the end of our program we also need to delete the parsers when we are done with them. Right before main returns we should place the following clean-up code.

I'm getting an error undefined reference to `mpc_lang'

That should be mpca_lang, with an a at the end!

Our new code creates a mpc parser for our Polish Notation language, but we still need to actually use it on the user input supplied each time from the prompt. We need to edit our while loop so that rather than just echoing user input back, it actually attempts to parse the input using our parser. We can do this by replacing the call to printf with the following mpc code, that makes use of our program parser Lispy.

This code calls the mpc_parse function with our parser Lispy, and the input string input. It copies the result of the parse into r and returns 1 on success and 0 on failure. We use the address of operator & on r when we pass it to the function. This operator will be explained in more detail in later chapters.

Otherwise there has been an error, which is copied into r in the field error. We can print it out using mpc_err_print and delete it using mpc_err_delete.

Compile these updates, and take this program for a spin. Try out different inputs and see how the system reacts. Correct behaviour should look like the following.

This error is due to the syntax for your grammar supplied to mpca_lang being incorrect. See if you can work out what part of the grammar is incorrect. You can use the reference code for this chapter to help you find this, and verify how the grammar should look.